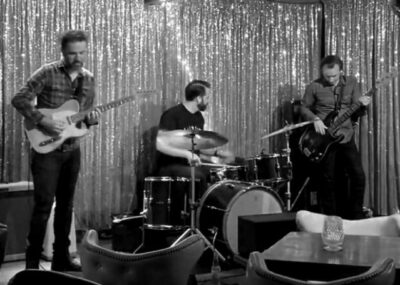 Fausto/Faustito was formed in 2018 by Mike Molnar (guitar), Andrew Pacheco (bass) and Chris Sensat (drums). The three had been touring extensively as the backing band for Whitney Rose; Mike and Chris had previously rounded out the beloved “Workingman’s” Bellfuries lineup. The all-instrumental F/F is an ongoing workshop for their rock and roll, jazz, and C+W ideas (hence the debut release “Country and Western”).